“I love food.  I’m always thinking about it.  I love markets and I really enjoy shopping for fresh and first-quality ingredients used in my cooking.  And certainly I love the joy to share a great meal”. 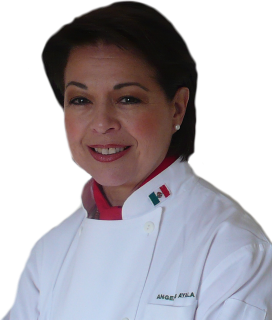 Angeles Ayala was born in Mexico City where, in a house with 11 sisters and brothers, she developed her passion for cooking at a very young age.  After a more conventional twenty-year career, she decided to reconnect with her early passion and went back to school, training as a professional chef at the Universidad Anahuac in Mexico City, the Culinary Institute of America in New York and at the Leith’s School of Food and Wine in London.

She now works as an independent chef, devoting her time to being a culinary consultant and teacher, recipe and cook book writer.  She designs individually each cookery course she conducts, covering both traditional and contemporary Mexican dishes.  She also provides a personally tailored service for private events.

Her style of cooking has an emphasis on fresh and first-quality ingredients.  She is meticulous in her preparation and execution, but her real satisfaction comes from seeing big smiles from those eating her food.

She is co-author of “Fresh Mexican”, a cook book with a selection of classic and contemporary healthy Mexican recipes.  It was published by Hamlyn in the United Kingdom and Barnes & Noble the United States. 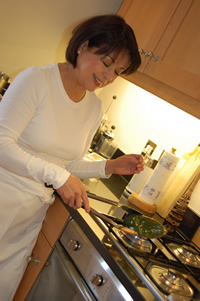 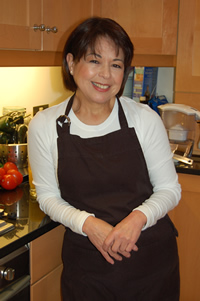